On the night of December 16, 1773, a large group of Boston colonists, self-styled as the “Sons of Liberty” staged the first openly rebellious act of the colonies against Britain. Docked in the Boston Harbor were three ships, the Beaver, the Eleanor, and the Dartmouth, laden with a cargo of tea. John Hancock, a Boston colonist and tradesman who smuggled tea in protest of British tea taxes, had organized a boycott of the British East India Company’s tea.

In 1773, the British passed the Tea Act, which granted the Company the right to sell the tea to British colonies without the burden of the colonial tax, allowing the Company to undercut both smugglers and lawful merchants. By bottoming out prices on the “legitimate” East India Company tea and adding only a small levy, the British government assumed that the colonists would submit to the taxation in order to obtain their coveted tea.

Most colonies refused the tea, but Massachusetts Royal Governor Thomas Hutchinson infuriated Bostonians by his order to allow the ships to dock with the Darjeeling and that the duty be paid by the deadline, December 16. Sam Adams organized roaming mobs and threatened violence. Adams held a public meeting on the day of the deadline at Old South Meeting House where colonists resolved that the tea would be sent back to England. Surprisingly, the owner of the Dartmouth agreed, but the British refused to let him turn back, and prepared to seize the ship.

The Sons of Liberty, dressed as Mohawk Indians and led by Sam Adams, boarded the three British ships, hacked open 342 chests of tea, and dumped forty-five tons of British tea into the Boston Harbor. This act of rebellion paved the way for further acts agitating against oppressive British rule and the Intolerable Acts passed in response to the Tea Party, and led eventually to the American Revolution.

For even more depth historical information and analysis, Boston 1775, a blog by J. L. Bell on all things Revolutionary, maintains a Boston Tea Party section. 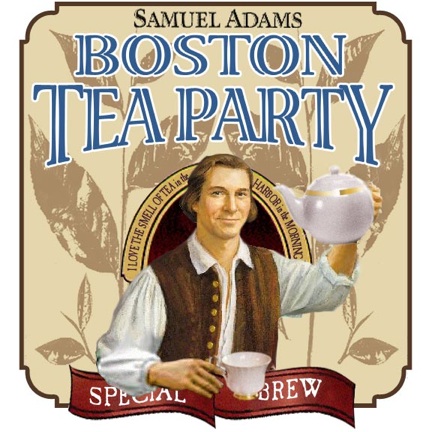 If you’re really into tea you can get monthly subscriptions of tea!